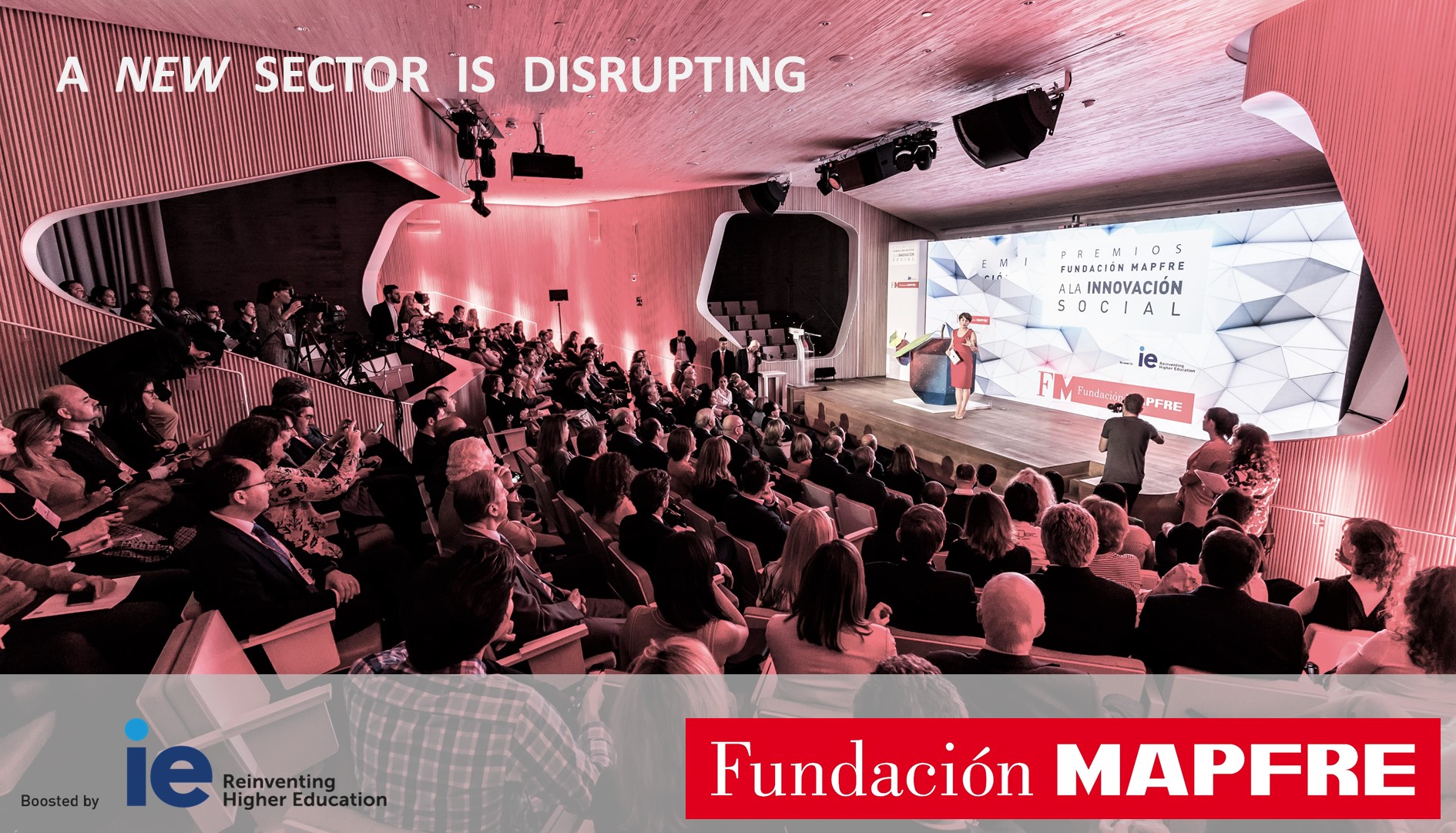 Posted at 08:48h in General by Conchita Galdon 0 Comments

A new sector is disrupting today. We could feel it in almost the entire environment that surrounds us. If the presence of investment funds in entrepreneurship shows the existence of an enabling ecosystem, we could say that the presence of social impact funds proves that the European ecosystem is ready to grow.

The Fundacion MAPFRE Social Innovation Awards boosted by IE, are an ideal tool to capture this trend. From regulators to investment funds, form accelerators and incubators to entrepreneurs and beneficiaries, this article summarizes 15 interviews, the conclusion of which we will share today.

We should not forget that, in social matters, awareness is always ahead of the monetary interest. That’s why institutions have focused on generating a base, so that today we can talk about a great opportunity. Such is the case of CREAS whose Principal, Lara Viada, defends that they have been preaching in the desert for some time. The concept of networking, she defends, is key for the sector and the success of the creation of the ecosystem. CREAS took the lead in the intermediation between funds and social entrepreneurs in Spain. CREAS defends that we are transitioning from the profitability-risk binomial to the risk-return-impact trinomial.

In this same line of awareness Laura Caballero, Impact Investment Consultant at La Bolsa Social underlines the importance of being able to translate philanthropy into impact economics. This work of evangelization is very important to canalize this donation towards investment.

Also in a disruptive way, although differently, María González, Endeavor Community Engagement Manager, says: We seek those inspiring entrepreneurs to generate impact in their environments. Still, what does that impact mean? Entrepreneurs who create employment and economic development and act as a catalyst for the environment. Those figures that seek to return that knowledge to society and share their success supporting other entrepreneurs for example.

However, this growth translated into opportunity does not reduce some of the eternal risks of startups, such as its passage through the “Valley of Death”. It is at this point, between the prototype and the scaling-up, when the investment is most necessary.

Murillo Casagrande, CEO of the social startup Aromeizero, tells us about Brazil. One of the current challenges is the policies coming from the Government. With our new Administration, I think an interesting opportunity for social projects opens up. The government should further support social entrepreneurs in a concept of co-creation, facilitate access to finance and eliminate bureaucratic obstacles. And we must not forget that the Government plays a double role: As regulator and as dynamizer of the ecosystem.

Among all this panoply of actors, one might wonder whether they are competitors as in other sectors or not. Rodrigo Aguirre de Cárcer, Director of social impact of Gala Capital and manager of the social impact fund Quanimen, defends that he does not understand them as competitors but as collaborators under the same vision.

One of the places where one can perceive that dynamism and solidarity growth is in an Impact_Hub. Juan Parodi, Director of projects and investments Madrid, talks about the presence of Impact_Hub. Impact_hub is global and it facilitates any analysis of the different ecosystems. The presence of an Impact_Hub shows that the ecosystem is ready enough to be boosted. There are investment funds, committed governments, entrepreneurs, talent (which usually comes from universities) and large companies that venture with their large programs in entrepreneurship.

Ignacio Guarinos, Co-Founder & CTO of AIUDO, talks about the importance of everything seen so far, being a startup currently in the financing round and having gone through an incubator and accelerator of philanthropic origin, Lanzadera. Valencia, where the startup is based, has also seen the rapid development of an ecosystem that is  picking up to the pace of big cities. For Ignacio, the consolidation of this sub-sector has not been consolidated already, finding differences of approach from the impact investor. They have not finished adapting yet, he says. In Spain, we continue looking for short-term profitability, while impact companies are more profitable in the medium-long term.

These partners, prescribers, friends, players and of course candidates supported the first and the second MAPFRE Foundation Social Innovation Awards boosted by IE. If you want to meet them at the Grand Final, do not hesitate to inscribe you and assist at Reina Sofia Museum next week. Registration here!